It’s one of my least favorite aspects of youth soccer, because a complicated, nuanced subject is reduced to propaganda, hyperbole, and emotional pleas. I’m reluctant to entertain bothsidesism in The Age of False Equivalence, but it’s a reasonable assessment in this case.

We tend to get reductive arguments from both camps. Either you care about the planet and want grass fields, or you care about kids and recreation and want turf fields. Except most Turf supporters I know care passionately about the environment. And most of the Grass advocates I know have kids who played sports with us or another youth sports organization in Somerville.

The general view is that Grass v. Turf is all about one’s priorities. I would suggest that a better perspective is that it’s all about tradeoffs — and not necessarily the tradeoffs you’d expect.

Grass fields aren’t the great ecological benefit that many people think they are. They are unnatural monocultures and their maintenance requires a decent-sized carbon footprint and a considerable amount of irrigation water that generates runoff containing some very problematic substances. Grass fields definitely are better for the environment than turf fields, but the gap isn’t as wide as many people believe.

Meanwhile, turf fields aren’t quite the resilient, all-weather solution they’re made out to be. The higher mid-day temperatures on turf fields on hot, sunny days can make them dangerous for extended periods of play. And turf tends to wear down just about when the warranties expire — and sometimes even sooner under extremely heavy use.

From a social justice perspective, one must balance the heat island effects of turf with the increased opportunities for equity in recreational access it provides.

In terms of player safety, the different surfaces each tend to be better at preventing certain types of injuries and worse at others.

When it comes to costs, turf has a higher initial price tag for installations and requires expensive resurfacing every eight to 10 years, while grass costs more to maintain.

There really are tradeoffs at every turn here, and anyone who tells you that one or the other is universally better for a city like ours isn’t being rational.

So what’s the answer? More of both types of fields.

Our kids need to play soccer on both grass and turf surfaces. It’s a completely different game on grass than it is on turf, and our travel-age teams generally play about half their games on grass fields in other towns. We’re doing our kids a huge disservice and putting our teams at a major competitive disadvantage if the only time they play soccer on grass is during away games.

Somerville Youth Soccer’s policy is that travel-age teams should have one weeknight training session on turf and one on grass. But there’s currently no U14-sized grass field and the recent closure of the Lincoln Park Soccer Field has left us with Trum Field as our only grass field for travel-age practices.

The prognosis for turf fields in Somerville is excellent: a U14-sized turf fields is on the way at Foss Park this fall, Conway Field hopefully will be ready late next year, a new U12-sized turf field at the Healey has been delayed by COVID, but still is due to arrive in 2021 or 2022, and a U10-sized turf field is planned for the new Somerville High School. Given this good news, what we will need are more grass athletic fields.

Dilboy Auxiliary Field will help with that. Figuring out how to make Lincoln Park Soccer Field work as a soccer field also will be key. (Spoiler alert: It needs to be protected from passive use with permanent fencing.) But we could use another grass athletic field in this city.

We don’t have the space in Somerville to build enough grass fields to spread usage like suburban towns do. And we are desperate for green space, so we really need to stop turfing over existing green space. Therefore, we need to be savvy about where we put each type of field as part of a forward-looking strategic plan.

Where are good locations for grass fields? The key to maintaining a safe, quality grass field is protecting it from overuse and use in wet conditions. In a city like ours, the unfortunate reality is that this means fencing off and locking grass fields to prevent destructive passive (unpermitted) use. I like the idea of grass fields in neighborhood parks and residential areas, and I would like to see the city do more of these.

And where does turf make sense? Schoolyards are a no-brainer, given the demand from physical education classes, recess, and afterschool programs. Schools generally aren’t in session in hot summer months, so the heat issue on turf is less concerning. I’m also a fan of exploring rooftop athletic fields as part of our city’s long-term vision for development. I believe any new large parking structure in our city should be required to put in a rooftop turf athletic field, rather than a pool deck or solar panels like we’ve seen with two recent projects.

It’s been my goal for years now to bring together Grass and Turf advocates to find common ground in the interest of creating more space for recreation in our city. Due to the Conway vote, tensions between the two camps are as high as ever. But with developments and redevelopments currently being planned all over our city, we’ll be missing possible opportunities for good solutions if we remain divided.

For a city desperate to increase its limited green space, the impending loss of two-plus acres of grass at Conway is a backward step environmentally. I’d like to bring the full weight of a coalition of Grass and Turf advocates to push for the creation of comparable new green space in our city — be it in the form of parks or grass athletic fields. Smaller-scale offsets like pocket parks, encouraging the greening of private property, and planting trees help somewhat, but something on a larger scale is needed.

Even facing a period of municipal austerity due to the COVID-19 crisis, our City Council’s Finance Committee has indicated a willingness to spend money on even the promise of green space. If the administration can be convinced to join the City Council in prioritizing new green space projects, I believe this becomes doable and worth the fight.

The alternative is for the two sides to continue with this never-ending conflict that only succeeds in deterring city administrators and electeds from wanting to go anywhere near this third rail of local politics. But can you blame them, when the discourse in our public meetings about fields makes our national political climate look civil by comparison? This is a losing proposition and frankly our kids deserve way better.

So regardless of your personal preference during the recent Conway debate, I ask you to put that same energy into creating new green space in the most densely-populated city in New England. Stay tuned for announcements about opportunities! 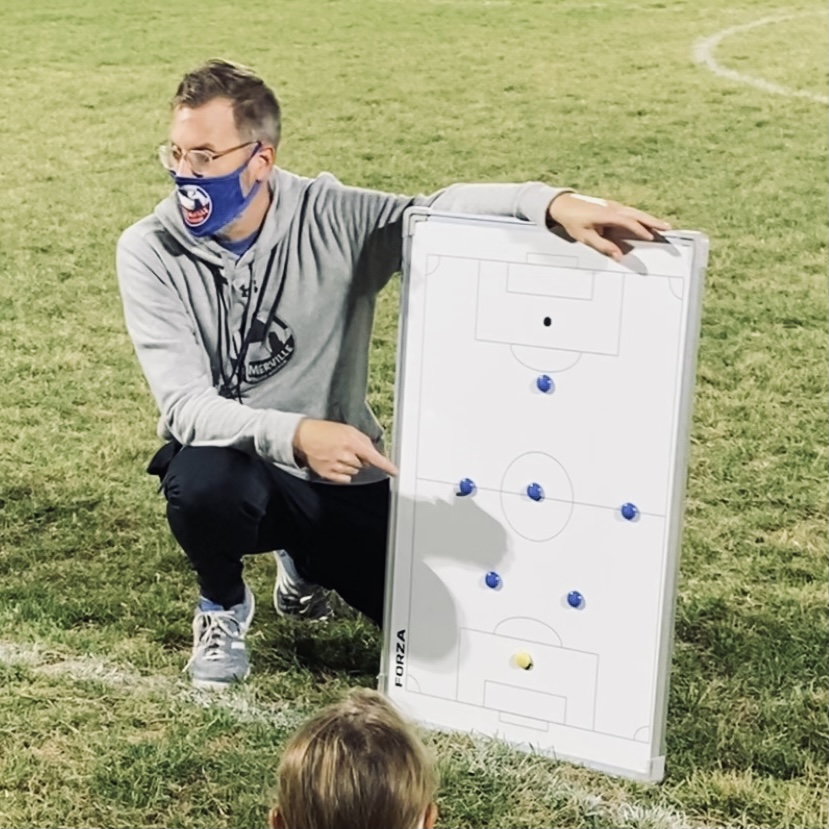 Jake Wilson has served as President of Somerville Youth Soccer since 2018. A resident of Winter Hill since 2004, he has two daughters and has coached their SYS teams since 2013. In whatever free time he has, Jake enjoys cooking, contingency planning, and (sometimes) watching Manchester City FC games.